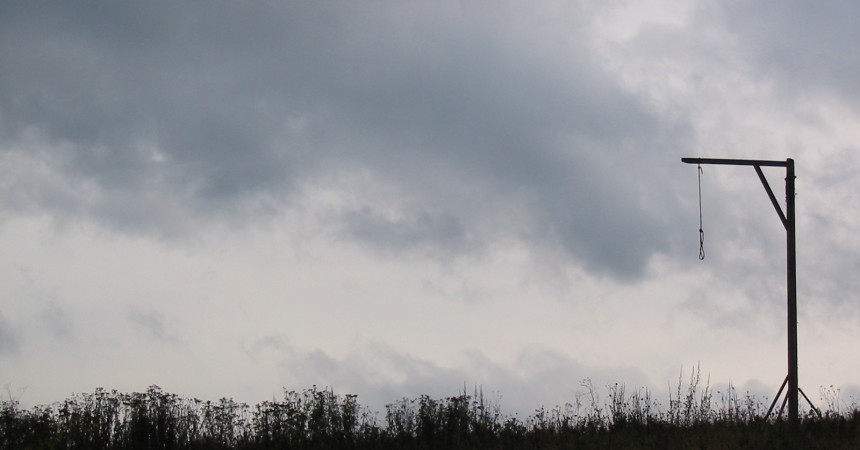 Several years ago I entered the restoration industry. Having come from the insurance world, I was surprised at how different things look from the contractor’s perspective. Agents don’t build the relationships that they used to with insureds. Insureds lack understanding of the loss process and of what their policy covers. This often relegates them to a passive role, making them a patient with little input in regards to the treatment they’ll receive. I also felt that the adjuster was often motivated to wrong behavior. And over time I saw huge weaknesses in the Preferred Vendor program that the insurance industry had turned to. The loss process has become less pro-insured and more pro-insurer.

Disclaimer: some insurers are doing amazing things when it comes to customer service, specifically during a loss. I recently experienced personal property damage and was blown away by how well the insurer handled the loss — from start to finish. But not all insurers are alike and many are utilizing the same, broken model that I observed when I first entered the industry.

My father used to have an “insurance guy”. His insurance guy — we’ll call him Jim — wrote policies for my father’s home, his cars, his life, my mother’s life, his business, his properties, and on and on and on. His agent was his “risk manager”. When a loss occurred in my father’s world, he called Jim. My father did not call an 800 number. This is key. My father was directly connected with his insurer by way of Jim. In fact, Jim was the insurer in my father’s eyes. Both men were mutually invested in one another. Why? Because my father cared about the risk ripple effect. In other words, my father understood that each insurance dollar paid out to him could and would affect his total premium as he posed a greater risk to his insurer (Jim). Jim, likewise, wanted to minimize my father’s risk — reducing his premium and keeping his insured happy and therefore Jim’s insured.

Purchasing insurance online or through a broker poses it’s own challenges for an insured at loss-time — challenges very similar to and often more complex than those of an insured with a captive agent. Therefore, I’ll focus on insurers who utilize captive agents for the purpose of this article.

Some of the largest insurers in the country use a franchise-type model: captive agents are in reality independent agent-owners. These agents are motivated to do one thing: sell new lines of insurance. Very little emphasis, if any, is placed on the retention of existing customers. Put another way, the captive agent’s role in the insured’s sales process ends at the moment of the sale. This fact — the processing-out of the agent at this point in the sale — is contrary to everything you and I know to true be about service-based sales.

Ironically, these same major insurers tend to charge a premium on premium. I can’t say that this model doesn’t work from a revenue and profit standpoint. It does. These major insurers are highly profitable and have huge portfolios of wisely-invested assets. But who does Johnny or Jane Homeowner turn to when their home experiences a disaster?

It’s Tuesday, 2:14AM and Johnny awakes to the sound of gushing water. Walking toward his kitchen he sees the unusual reflection of his stove’s light bouncing off of what should be the matte surface of his kitchen’s dark, slate tile. “Is that water?” Johnny sputters. Seventeen minutes and eight towels later, Johnny find his insurer’s 800 Number. Six minutes later an after-hours claims representative tells him that an adjuster “should be in contact” with him later today. After pushing for a “window” of time that he might receive a call from the adjuster, the claims representative insists that she “understands” Johnny’s frustration and that his water damage is a “top priority”. 4:37PM: Jeff, Johnny’s adjuster, leaves Johnny a voicemail letting him know that he will be out to view loss Friday, between 9AM — 1PM; and, “…in the meantime, call this number: XXX-XXX-XXXX. This is our preferred mitigation contractor.”

The next three weeks will prove to be some of the most trying and frustrating of Johnny’s life. From missed appointments, to poor technician hygiene, to mismatched cabinets, the mitigation and reconstruction project will cause Johnny Homeowner to question why he pays for homeowner insurance, why he stays with his insurer, and why this happened to him.

Let’s look at the process so far:

If you’re confused, don’t worry — you should be. But how many claims have you responded to that played out just like the above sketch? Let’s review: the agent sells the policy and is then processed-out of the sale. At some point down the road, the insured experiences a loss. Because the insured doesn’t have a relationship with their agent, they call the toll free number they find on their policy’s paperwork. The call center representative passes the loss off to an already overworked adjuster who then refers the job to a contractor (typically one on the preferred vendor list). The adjuster maintains “control” over the claim by acting as the liaison between the insured and the contractor. While the insured has contact with the contractor, the contractor defers to the adjuster throughout the process. Why? The contractor’s next insurer-provided job is dependent upon how “well” he handles this current job. He is, after all, a vendor for the insurance company — not the insured. In fact, this contractor can only do as much as the adjuster allows him to do — nothing more. Anything more is biting the hand that feeds.

This scenario places the insurer’s best interest (cost) as the focal point. It burdens the adjuster, forcing him into a balancing act of keeping his employer and the insured happy at the same time — often at the expense of the contractor’s profitability. And because both the adjuster and the contractor are rushed due to wrong motivations, the insured often suffers. Do you think an insured who had a bad experience after a loss is likely to retain with their insurance company?

Please Put Your Pitchforks Down

Now that you’ve had time to pick yourselves up off the floor, I’ll explain: I recently sat in on a half-day conference hosted by my friend John Otero, National RFC & TES Sales Manager for Interlink Supply. John conducted an experiment with the class. He passed out a sheet of paper with a sketch of a room and basic facts about the water loss that had occurred in his hypothetical scenario. John asked us to place equipment in the room, calculating how much equipment would be used, an estimated price for each piece, and a grand total for equipment only for X-number of days.

No two answers were alike. Not one of us could agree on how many dehumidifiers and airmovers should be used, where they should be placed, how much we should charge for their use each day, or what the grand total would come to. Granted, John’s experiment was on a very small scale, but the findings point to a problem that is not limited to the contractors in John’s experiment. Even though we have tools like the S-500 and Xactimate, we as an industry are not consistent in our methodology or our pricing. Therefore, we shouldn’t be frustrated with the ways the insurance industry has adapted to better protect their interests.

How It Should Work

Agents: As an insurance agent, I preferred retaining clients than chasing after new ones. It’s much easier selling additional lines to current clients then new lines to new clients. Since it’s safe to assume that most agents would agree with this thought process [comment below if you don’t], it’s easy to see the need for the agent during a loss. It wouldn’t be fair to say adjusters are not motivated to retain the insured (they are), but Agents are far more motivated to retain the insured because of they benefit financially from the insured’s business. Involving the Agent in the loss process ensures that the insured is and remains the center of attention throughout the process. The agent brings accountability to the adjuster and the contractor and, in the end, everyone involved looks like a star to the insured. This is turn encourages the insured to retain with the insurer.

Contractors: Insureds should be free to choose their own contractor — as is their lawful right. As the insured’s contractor rather than the insurer’s vendor, I become accountable to the insured. I am forced to deliver the very best experience because I can be fired at any time. I won’t cut corners, because I care about my reputation, and I’m eager for this insured to refer me to their friends and family. I’ll price fairly, too, and do things according to industry standards because I know I’ll run into this adjuster again in the future. I want to give a great impression so that the next job with this adjuster is even smoother.

Adjusters: In most cases, adjusters have vast experience adjusting. Most adjusters, however, are not restoration professionals. It’s best, then, to leave the restoration process to the professional. And when each player is motivated correctly, an adjuster can trust the insured’s contractor to do his job right, at a fair price, and as quickly as protocol allows.

Insurers meant well when agents were directed to focus on sales rather than claim management, but this created a huge disconnect between the insurer and the insured.

Insurers meant well when they created call centers to handle claims, but this often makes the claim process sterile for the insured; it takes away that one individual who should be holding their hand through the loss.

But not all hope is lost. We as an industry can affect change. As restoration professionals, we must be craftsmen. We must always be learning, adapting, and perfecting our craft. We must be known as an industry that is smart, consistent, and rightly motivated. We then must educate our friends, family, and community. We must be always marketing our services, drawing insureds directly to us when a loss occurs. We must deliver an exceptional customer experience each time, doing things by the Book, at fair and reasonable prices, working alongside the adjuster, understanding their obligations to the insurer, always ready to do what’s right for the insured. They are, after all, the reason we’re all here. 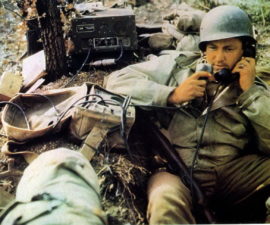 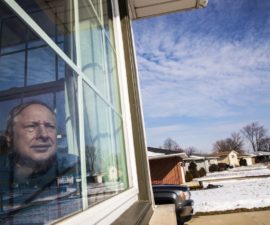 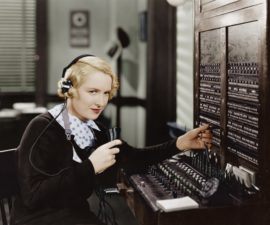 I’ve written and re-written scripts for call centers over the …
October 26, 2017
4 min read

From the field to executive management, Jonathan Grubb has been in the restoration industry for the past decade. Previously he served as the Vice President of Operations for a restoration Franchisor. After launching United Restorers in 2013, Jonathan has helped countless Restoration & Abatement companies take charge of their marketing efforts, generate work and grow their brands locally.

We understand you’re busy and may not work “9-5”. Follow the links below to schedule a phone call or video conference around your schedule. 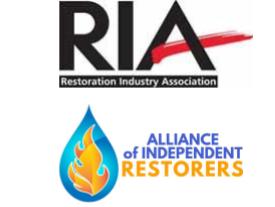 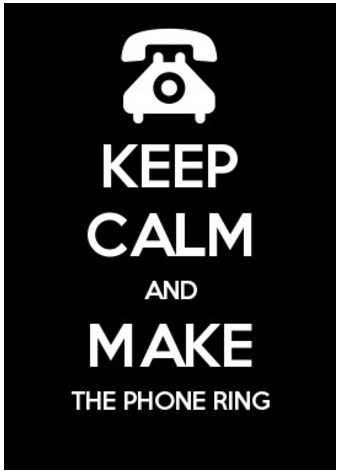 Pausing ads for a few weeks may be the right thing...

You need the phone to ring. You need consistent water damage...

I’ve written and re-written scripts for call centers over the years...

In June’s issue of Cleanfax Magazine, we explore the three ways...